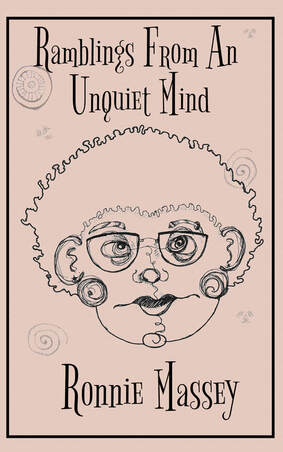 Eyes wide open, unable to sleep. Counting sheep is a bust. The white noise machine is a fail. Nothing works. Sometimes a mind refuses to be quiet, no matter what we do or how much we want it to. The whirlwind of thoughts rages on, even in the most inopportune times, demanding to be heard. Screaming to have its due.

Ramblings From an Unquiet Mind is the first collection of poetry, prose, and other ramblings from fantasy author Ronnie Massey. The collection offers an intimate glimpse at the author through poetry and prose that cover a gamut of topics ranging from love, the loss of love, and navigating darkness, to a soul-baring piece on self-harm, plus more. 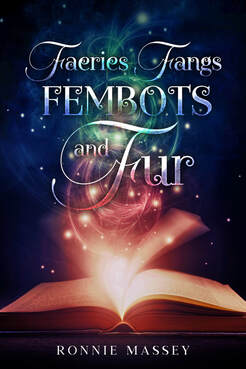 If you were faced with settling for the familiar safety of a comfortable relationship or taking a chance at finding the one person the universe has crafted specifically for you, what would you do?

When a night of passion with a rebellious princess changes your world forever, do you find your runaway princess and fight for what is yours, or do you leave fate to the gods and move on with your life?

What lengths would you go to for love?

When Raia Sat Khamet returns to her beloved Kemet after fifteen long years among the Greeks, the priestess of Bastet will find that it's not easy to step back into the life that she left behind. Especially when she returns home with both a horrible secret and an awful truth…not all gifts from the gods are blessings.

After a night out in Las Vegas, a drunken game of Truth or Dare between three friends uncovers hidden desires and unspoken secrets that could change the course of their friendship forever. Will they play it safe to keep their friendship intact or take a leap of faith and see what else the future hold for their trio?

From fiery fae that rule other realms with iron fists to seductive vampires, cyborgs, and tales of futuristic dating in a time yet to come, this new collection of speculative fiction short stories has something for everyone. 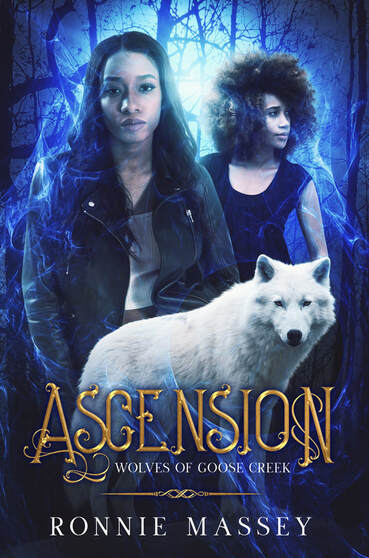 In a world where vampires, werewolves, witches, and all other manners of beings not only live their lives freely and out in the open but are some of the media’s biggest celebutantes, werewolf Still Waters is an anomaly. Although she is an honorary member of the Eastern Seaboard’s largest pack, Still lives her life as a lone wolf.

But when a freak accident claims the life of a loved one, the delicate façade that is Still's life comes crashing down. Not only is Still forced to out herself, but she also becomes first in line to assume the position of alpha of her birth pack…a pack whose members make it clear they want nothing to do with her.

But with the chaos, there comes calm in the form of Dee Stratton, the one that got away. Where Still was taught to hide, Dee was raised to embrace her status as a werewolf. Those differences ultimately drove the two apart. But when Dee returns to offer Still support, the two quickly fall back into their relationship. Their joy, however, is short-lived when family skeletons from Still’s past creep from the closet and threaten their bond.

Now Still must fight for the very things she once thought she could live without, Dee and the Goose Creek wolves. Still will either rise to the occasion and become the alpha and mate that Dee believes she can be or walk away from her pack and her relationship…this time for good. 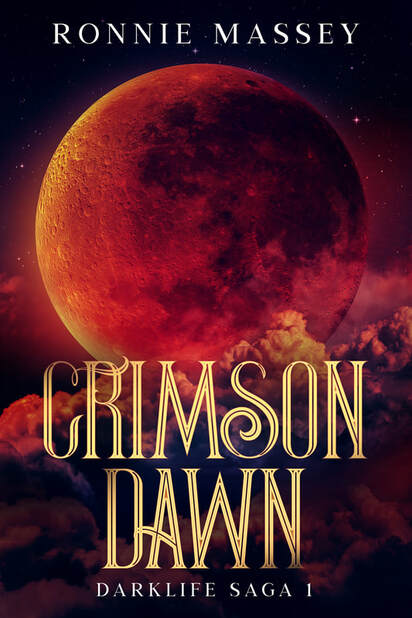 Available Now!
When pureblood vampire Valeria Trumaine returned home one morning to find her father Hadrian standing in her living room, she knew she was about to get trouble in spades. She didn't expect the trouble would come in the form of her ex-fiancée, a vampire playboy and son of the region's master vampire.

Valeria avoided Tristan like the plague after leaving him, but now that he'd gone rogue, the task falls on her to hunt him down and bring him to justice. Finding Tristan proves to be more dangerous than she realized. The spoiled vampire has changed in ways that go against nature and become more powerful than anyone ever imagined. Refusing to let her face the abomination that Tristan has become alone, Val's best friend and powerful Sidhe princess, Irulan, joins the hunt. Valeria will find that Irulan's motives for keeping her safe aren't what she thinks. Soon she's faced with an undeniable attraction that makes her question everything she knew about herself.

Can she accomplish her task and prevent more innocent lives from being destroyed? Can she do it and not lose herself to his madness? In the middle of all the madness, can she embrace the unexpected love that fate has thrown her way?

Available Now on Amazon and KU! 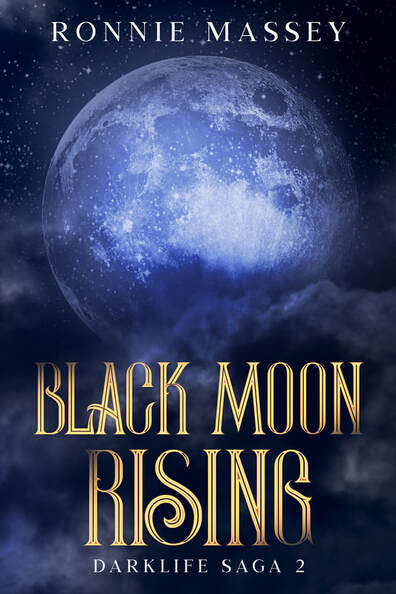 Hunt down psychotic ex. Check. Learn you’re part Fae and unlock crazy new powers as part of the deal. Check. Fall in love with your best friend and start a family. Check. In the six months since Valeria Trumaine first visited the FaeLands, her life has taken a 180-degree shift. Gone are the days of policing the Extras as a Sentinel, traded for the less dangerous life of working as a security guard for her family’s company. Or so she thought.

When Val’s twin brother Valerian becomes involved in a human murder case, he enlists her help, taking both down an unexpected path that leads to supernatural involvement. And then there are the mysterious accidents plaguing Trumaine properties around the globe, not to mention one very pissed off, Thomas Meriwether. The Master Vampire is out for blood for Val’s part in his son’s downfall, his weapon of choice against her, her son David.

Keeping David safe becomes a priority, but doing so in the midst of a hunt for a killer, proves easier said than done. It will take the power of every Trumaine to ensure the family’s continued existence, and even that might not be enough once the Fae get involved.

Available now on Amazon, Barnes and Noble and Smashwords! 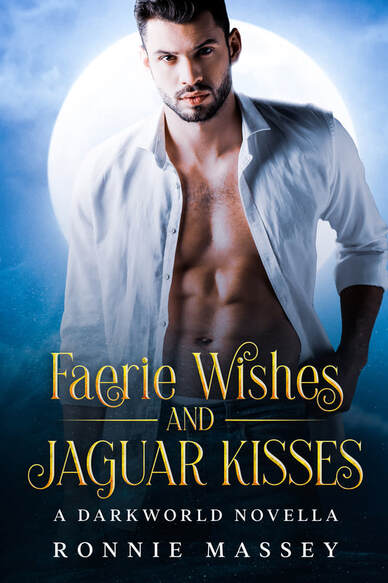 When faced with extinction, could you make the ultimate sacrifice and live a life without the hope of love? For almost a thousand years, Lawless has done just that. One of the last of her kind, she made a vow to do her part in ensuring the survival of her people, even if that meant she would be destined to face forever alone.

But fate has other plans for the Omnimorph, and those plans come in the form of a werejaguar named Kincaid Willis. Kincaid is the type of man that Lawless could lose herself in; kind, caring, tall, dark and handsome, and sexy as hell. One night in his arms proves to disarm her defenses, and before she knows it, Lawless begins to question her role in the Omnimorphs’ future.

But the answers she finds might leave her forsworn and at the mercy of The Morrigan. Lawless has already walked away from a chance at love once. Can the duty-bound Fae’s heart survive if she’s forced to walk away from Kincaid? 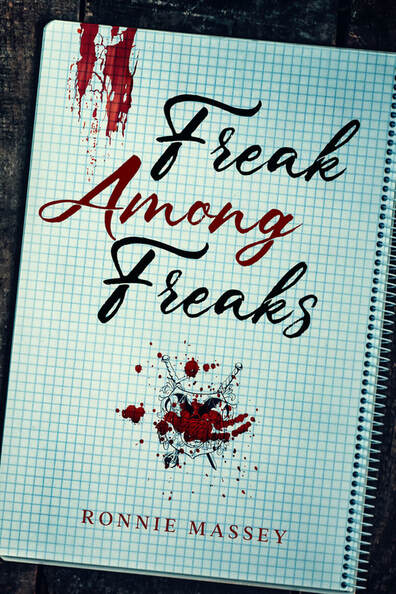 David Trumaine is the new kid in town. He doesn't remember a thing about his life before he was turned. When he was made vampire, his world was nothing but hunger, pain, and the unshakable desire to serve his demented sire. But all of that changed when his path crossed with Valeria Trumaine's. Instead of carrying out the Vampire Council's death mandate for underage turns, she gave David a home.

As the adopted son of vampire princess Valeria, he became a member of one of the world's most prominent pureblood vampire families. But as he begins life as a student at Thorston's Academy, David is about to learn that the privilege that comes with his name and family does not extend past the doors of the prominent supernatural school, especially when you're a 16-year-old deadborn vampire like David...a Freak Among Freaks. 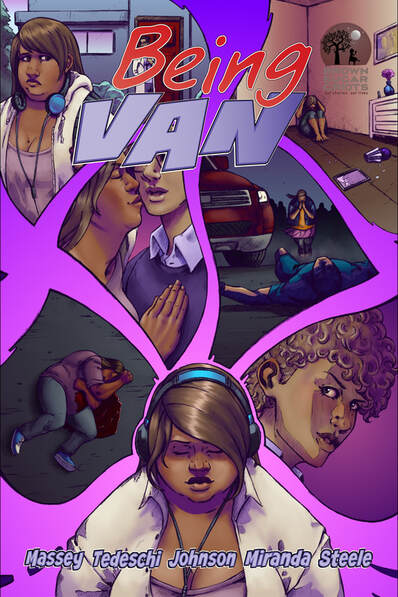